Book includes a study section that delves into each topic area, and a practice section that provides two AP® Physics 1 practice exams. 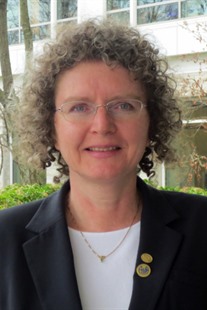 Gay Stewart received her PhD in physics from University of Illinois, Urbana-Champaign, 1994. She accepted a faculty position at University of Arkansas in 1994, where she focused on three interrelated issues: improving the introductory sequence to better prepare students to succeed in science and engineering degrees, improving the preparation of physics majors for the variety of career options open to physicists, and the preparation of future faculty, for both high school and professoriate. The undergraduate program saw dramatic improvement, with a 10-fold increase in number of graduates. She led UA’s efforts as one of the first six primary program institutions in the Physics Teacher Education Coalition, PhysTEC, which now has over 300 members. UA produces approximately one percent of the high school physics teachers with physics degrees nationally. Gay first received NSF support for her work in 1995. As a teaching assistant mentor, she developed a preparation program that grew into one of four sites for the NSF/AAPT “Shaping the Preparation of Future Science Faculty.” She was co-PI of an NSF GK-12 project that placed fellows in middle school mathematics and science classrooms. The results were so favorable that helping math and science teachers to work together was a component of the $7.3M NSF-MSP. Through the Noyce program she received $1,050,000 for support of students and master physics teachers. She chaired the College Board’s Science Academic Advisory Committee, co-chaired the Advanced Placement Physics Redesign commission, responsible for AP Physics 1 and 2, and the AP Physics 2 Development Committee. In 2014, Gay transitioned to WVU, where she is Eberly Professor of STEM Education and the founding director of the WVU Center for Excellence in STEM Education. The transdisciplinary Center works with faculty across STEM (Science, Technology, Engineering and Mathematics) and related disciplines at WVU, partner programs, and the WV Department of Education to enhance STEM education and STEM education opportunities in West Virginia, grades K-20. She is former president of the American Association of Physics Teachers (AAPT) and former member of the board of directors, council of representatives and the Committee on Education of the American Physical Society (APS). She is a Fellow of both the AAPT and the APS. 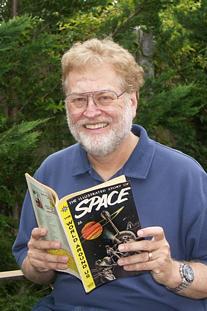 Dr. Roger A. Freedman is a Lecturer in Physics at the University of California, Santa Barbara.

He was an undergraduate at the University of California campuses in San Diego and Los Angeles, and did his doctoral research in theoretical nuclear physics at Stanford University. He came to UCSB in 1981 after three years of teaching and doing research at the University of Washington. At UCSB, Dr. Freedman has taught in both the Department of Physics and the College of Creative Studies, a branch of the university intended for highly gifted and motivated undergraduates. In recent years, he has helped to develop computer-based tools for learning introductory physics and astronomy and has been a pioneer in the use of classroom response systems and the “flipped” classroom model at UCSB. Roger holds a commercial pilot’s license and was an early organizer of the San Diego Comic-Con, now the world’s largest popular culture convention. 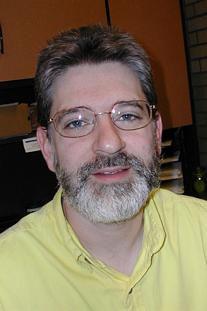 As a Teaching Professor of Physics at the Colorado School of Mines, Todd G. Ruskell focuses on teaching at the introductory level, and continually develops more effective ways to help students learn. One method used in large enrollment introductory courses is Studio Physics. This collaborative, hands-on environment helps students develop better intuition about, and conceptual models of, physical phenomena through an active learning approach. Dr. Ruskell brings his experience in improving students’ conceptual understanding to the text, as well as a strong liberal arts perspective. Dr. Ruskell’s love of physics began with a B.A. in physics from Lawrence University in Appleton, Wisconsin. He went on to receive an M.S. and Ph.D. in optical sciences from the University of Arizona. He has received awards for teaching excellence, including Colorado School of Mines’ Alumni Teaching Award. Dr. Ruskell currently serves on the physics panel and advisory board for the NANSLO (North American Network of Science Labs Online) project. 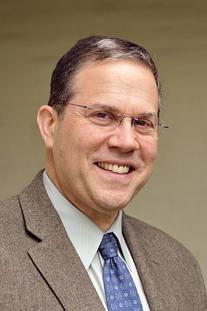 Dr. Philip Kesten, Associate Professor of Physics and Associate Provost for Residential Learning Communities at Santa Clara University, holds a B.S. in physics from the Massachusetts Institute of Technology and received his Ph.D. in high energy particle physics from the University of Michigan. Since joining the Santa Clara faculty in 1990, Dr. Kesten has also served as Chair of Physics, Faculty Director of the ATOM and da Vinci Residential Learning Communities, and Director of the Ricard Memorial Observatory. He has received awards for teaching excellence and curriculum innovation, was Santa Clara's Faculty Development Professor for 2004-2005, and was named the California Professor of the Year in 2005 by the Carnegie Foundation for the Advancement of Education. Dr. Kesten is co-founder of Docutek, (A SirsiDynix Company), an Internet software company, and has served as the Senior Editor for Modern Dad, a newsstand magazine.