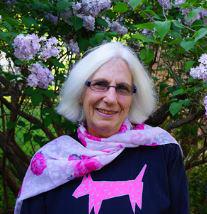 Barbara S. Hildebrant received her Ph.D. in geography from Rutgers University. Barbara started her career at ETS in 1999 as an Assessment Specialist responsible for the launch of AP® Human Geography. She continued on to serve as the Senior Assessment Director for AP® Human Geography at ETS until her retirement in 2019. During her 20-year career with ETS, she served in myriad roles with countless responsibilities, but her first love and priority was AP® Human Geography. Barbara also led Development Committees, assisted Chief Readers at the annual Readings, reviewed and approved test questions, and met regularly with College Board representatives to ensure the AP® Human Geography exam met their rigorous standards. Prior to joining ETS, Barbara taught geography and anthropology at Rutgers University and Raritan Valley Community College. 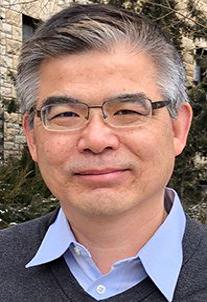 Max Lu has been involved in AP® Human Geography for almost 20 years. He went to his first reading in 2003, the third year after the AP® Human Geography course was created. Since then he has gone to the reading almost every year, filling roles as a reader, table reader, and question leader. From 2007 to 2015, Max served on the College Board’s AP® Human Geography Test Development Committee and was co-chair for the final three years of his service. As a College Board-certified consultant, he has taught AP® Human Geography workshops and summer institutes around the country since 2007. Max received his BS and Master’s degrees in China and his doctoral degree from Indiana University. He is currently a professor in the Department of Geography and Geospatial Sciences at Kansas State University. His research has dealt with such topics as population migration, rural population change, regional inequality, and the geography of methamphetamine labs. An interesting fact about his life as a geographer is that in the last 30 plus years, Max has lived at about 40°N in latitude in three different places: 6 years in Beijing, 6 years in Bloomington, Indiana, and then Manhattan, Kansas where he currently lives and teaches! 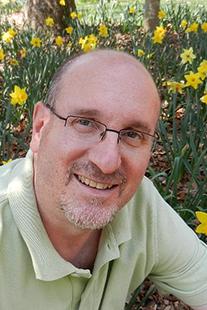 Kenneth H. Keller Kenneth H. Keller is an AP® Human Geography teacher at George Walton Comprehensive High School in Marietta, GA, and has been teaching the course since its inception in 2000. Ken has attended every AP® Human Geography reading since 2002, where he’s worked in multiple capacities, including his current role as question leader. He has taught AP® Human Geography weeklong summer institutes and one-day workshops for teachers since 2004, and was the 2004 recipient of a National Council for Geographic Education Distinguished Teaching award. Ken also taught as an adjunct professor of Geography for five years at Western Connecticut State University. He is a past member of the AP® Human Geography Test Development Committee and served as President of the National Council for Geographic Education during the year 2019-2020. He is also Past-President of the Connecticut Council of Social Studies where he worked to promote social studies education at the state level. Ken is one of three co-founders of iScore5 LLC, an AP® test prep app for smart devices. Ken and his wife, Lisa, moved from Danbury, CT to Georgia in 2013, and though they prefer the beautiful Georgia weather, they brought their New Yorker roots (and Mets caps) with them. 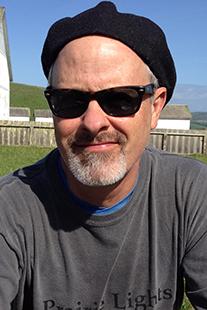 Roderick P. Neumann is a professor of geography in the Department of Global and Sociocultural Studies at Florida International University. He earned his Ph.D. at the University of California, Berkeley. He studies the complex interactions of culture and nature through a specific focus on national parks and natural resources. In his research, he combines the analytical tools of cultural and political ecology with landscape studies. He has pursued these investigations through historical and ethnographic research mostly in East Africa, with some comparative work in North America and Central America. His current research explores interwoven narratives of nature, landscape, and identity in the European Union, with a particular emphasis on Spain. His scholarly books include Imposing Wilderness: Struggles over Livelihoods and Nature Preservation in Africa (1998), Making Political Ecology (2005), and The Commercialization of Non-Timber Forest Products (2000), the latter co-authored with Eric Hirsch.