A newer edition is available

Please contact yourinstitution's representative to request a sample of this older edition.

Spend less and get the e-book, quizzes, and more.

David Myers’ bestselling Psychology has reached a wider audience of students and instructors with each new edition. Myers and his team lead the field in being attuned to psychology’s research and the needs of the instructors and students in the course today. Ten million student class testers and thousands of adopting instructors can attest to the quality of this project. True to form, this landmark new Tenth Edition is another vigorous, deeply considered revision.

New Pedagogy—Retrieval Practice Questions
Drawing on the growing body of research into how we learn and remember, David Myers now includes new “Retrieval Practice” questions periodically throughout each chapter.  These questions challenge students to connect the information and ideas they are studying, paving the way for successful retrieval later at test time. Research suggests that self-test feedback is essential, and this is provided in the form of inverted answers for checking beneath each question.

Over a Thousand New Research Citations
Myers follows a meticulous revision process, including continuous wide reading, study, and correspondence. The process is enhanced with the help of dozens of commissioned reviews as well as unsolicited feedback from hundreds of instructors and students. All this keeps every edition on the cutting edge of major areas of psychology research, and entirely tuned in to the changing interests and needs of students.

Reorganized Chapters
• The Prologue now closes with a new box titled “Improve Your Retention—And Your Grades!” This detailed guide will help students break out of ineffective and inefficient old habits and move on to a style of learning that increases retention, and success.
• Ch. 5, Developing Through the Life Span has been shortened by moving most of the Aging and Intelligence coverage to Chapter 10, Intelligence.
• Ch. 6, Sensation and Perception now covers both topics in a clearer and more efficient, integrated fashion, as opposed to covering sensation first, then perception. Most of the coverage of the deaf experience has moved to Chapter 9, Thinking and Language.
• Ch. 7, Learning now has a separate Biology, Cognition, and Learning section that explores more fully the biological and cognitive constraints on classical and operant conditioning, as well as learning by observation, which also involves biology (mirror neurons) and cognition.
• Ch. 8, Memory now includes a separate section on memory in the brain, with new research and more detail on the individual locations in the brain where memories are processed and retained. Dave worked closely with Janie Wilson (Georgia Southern University) in this chapter’s revision.
• Ch. 14, Social Psychology now follows Ch. 13, Personality.
• Ch. 15, Psychological Disorders now includes the book’s coverage of eating disorders, previously in the Motivation chapter.
• The writing and presentation in every chapter has been tightened, with fewer overlapping examples, resulting in a book that is about 25 pages shorter overall than in its previous edition.

Get the e-book, do assignments, take quizzes, prepare for exams and more, to help you achieve success in class.

Prologue: The Story of Psychology
1. Thinking Critically with Psychological Science
2. The Biology of Mind
3. Consciousness and the Two-Track Mind
4. Nature, Nurture, and Human Diversity
5. Developing Through the Life Span
6. Sensation and Perception
7. Learning
8. Memory
9. Thinking and Language
10. Intelligence
11. Motivation and Work
12. Emotions, Stress, and Health
13. Personality
14. Social Psychology
15. Psychological Disorders
16. Therapy
Appendix A: Careers in Psychology, by Jennifer Zwolinski,
University of San Diego
Appendix B: Answers to Test Yourself Questions 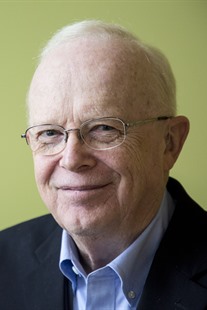 David Myers received his B.A. in chemistry from Whitworth University, and his psychology Ph.D. from the University of Iowa. He has spent his career at Hope College, Michigan, where he has taught dozens of introductory psychology sections. Hope College students have invited him to be their commencement speaker and voted him “outstanding professor.” His research and writings have been recognized by the Gordon Allport Intergroup Relations Prize, an Honored Scientist award from the Federation of Associations in Behavioral & Brain Sciences, an award for Distinguished Service on Behalf of Social-Personality Psychology , a Presidential Citation from APA Division 2, election as an American Association for the Advancement of Science Fellow, and three honorary doctorates.

With support from National Science Foundation grants, Myers' scientific articles have appeared in three dozen scientific periodicals, including Science, American Scientist, Psychological Science, and the American Psychologist. In addition to his scholarly writing and his textbooks for introductory and social psychology, he also digests psychological science for the general public. His writings have appeared in four dozen magazines, from Today's Education to Scientific American. He also has authored five general audience books, including The Pursuit of Happiness and Intuition: Its Powers and Perils.

David Myers has chaired his city’s Human Relations Commission, helped found a thriving assistance center for families in poverty, and spoken to hundreds of college, community, and professional groups worldwide.

Drawing on his experience, he also has written articles and a book (A Quiet World) about hearing loss, and he is advocating a transformation in American assistive listening technology see www.hearingloop.org). For his leadership, he has received awards from the American Academy of Audiology, the hearing industry, and the Hearing Loss Association of America.

David and Carol Myers met and married while undergraduates, and have raised sons Peter and Andrew, and a daughter, Laura. They have one grandchild, Allie.

Get To Know David Myers

David Myers, best-selling introductory psychology author from Worth Publishers, talks about how to make things memorable and study more effectively through the "Testing Effect."

Self Control: Teaching Students About Their Greatest Inner Strength with Nathan DeWall